Heineken Czech Republic is one of the biggest players on the Czech beer market. It manufactures and distributes the highest quality of products for a wide range of customers. At all stages of production, it prefers environmentally friendly processes.

HEINEKEN is the third largest beer brewing group in the world, and the European leader among beer producers.

The HEINEKEN group employs approximately 80,000 people worldwide.
In more than 170 breweries, it produces over 218 million hectoliters of the best beers every year. 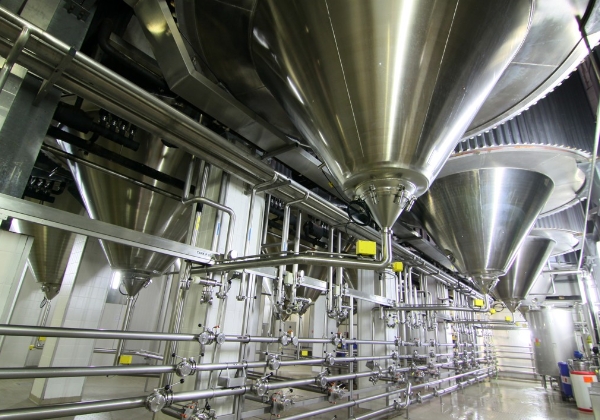 More than 250 brands of beer and cider worldwide

The group's portfolio includes more than 250 international, regional, local and specialty brands of beers and ciders. Heineken brands are among the best-selling in their countries. 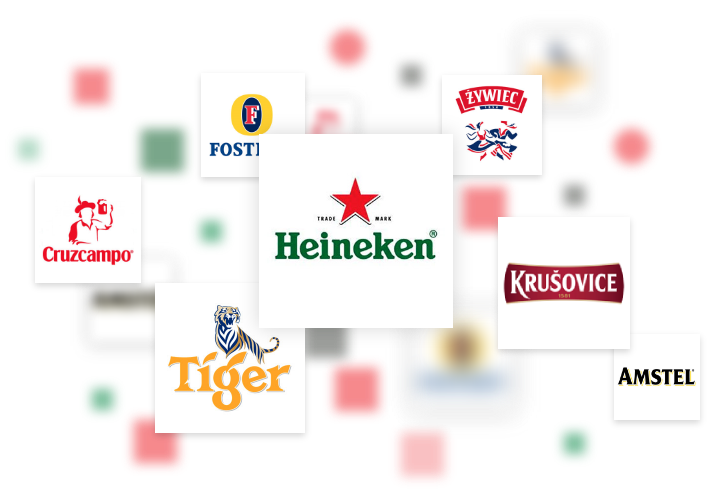 At present, HEINEKEN Czech Republic is the third biggest player on the domestic beer market.

It produces 2.5 million hectoliters of beer and cider

It owns 13 brands of beers and ciders

Light beers, lagers, specialty beers and craft beers, ciders and products without a drop of alcohol

Our portfolio for the Czech Republic includes the following brands

HEINEKEN Czech Republic is one of the biggest players on the Czech beer market. It produces products of the highest quality that satisfy the requirements of every customer and consumer. At all stages of production, it prefers environmentally friendly processes. The ambition of HEINEKEN Czech Republic is to be an innovative and respected brand that is constantly looking for further growth opportunities.

HEINEKEN Czech Republic takes care of its customers and places great emphasis on the safety and quality of its products and services. The quality of our beers is based on the central values of our society, namely passion for quality, joy of life, respect for society and our planet. These values are reflected in everything we do.

Occupational safety is a top priority for HEINEKEN Czech Republic. We are committed to our shareholders, employees, customers and the public to do business with the utmost emphasis on safety, health and the environment. The policy of HEINEKEN Czech Republic, a.s. is based on the basic principles of behavior and the approach to business.

The "Brewing a Better World" project is an integral part of the company's strategy in the Czech Republic. Its goals include reducing the impact of production (i.e. water consumption, energy and CO2 emissions) and distribution on the environment, promoting a responsible approach to beer consumption and working with local communities.

The most responsible beer manufacturer

HEINEKEN's biggest ambition for the future is to become the most responsible beer producer in the Czech Republic.

Drinks Union, a.s. was dissolved by a merger; its assets were transferred to HEINEKEN Czech Republic, a.s.

Starobrno, a.s., was dissolved by a merger; its assets were transferred to Královský pivovar Krušovice, a.s.

Acquisition of Drinks Union, a.s., HEINEKEN's market share increases to 12%; it is one of the biggest beer exporters.

Královský pivovar Krušovice, a.s. is added to the company's portfolio, and the company becomes the third biggest player on the Czech market.

HEINEKEN enters the Czech beer market through the acquisition of Starobrno, a.s.

Board of Directors of HEINEKEN Czech Republic

The sole shareholder of HEINEKEN Czech Republic is Austrian company Brau Union AG. However, this company is wholly owned by the Dutch company HEINEKEN International B.V.

HEINEKEN Czech Republic provides production, distribution and export of traditional Czech beer brands, foreign brands and numerous beer specialties. The joint portfolio of brands produced in our breweries, together with the premium Heineken brand, covers all interesting segments of the Czech beer market.

In addition to our permanent product assortment, we also market non-traditional seasonal specials several times a year. Our beers are also successful in terms of export - Krušovice, Březňák, Starobrno, Louny and Zlatopramen are distributed to more than 40 countries around the world. 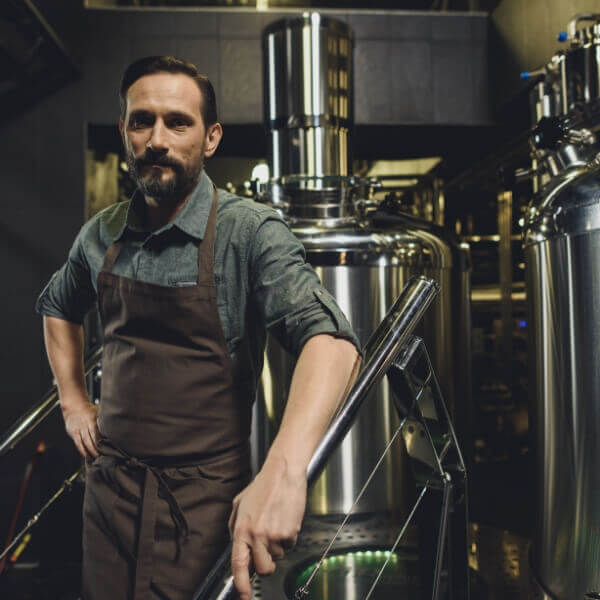 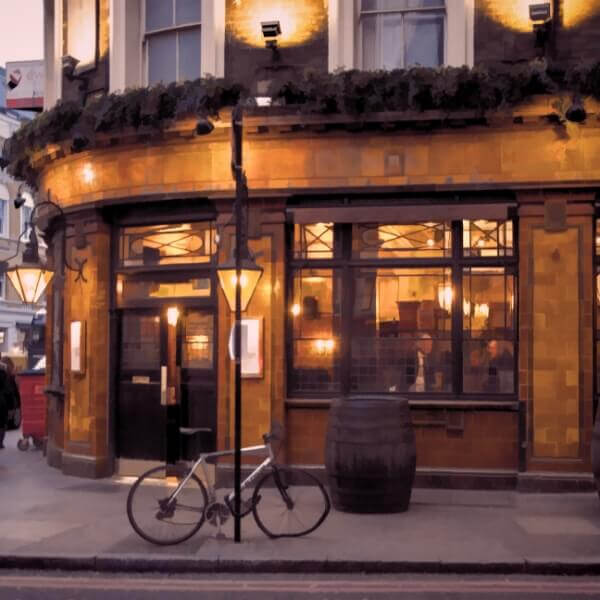 HEINEKEN Czech Republic uses the highest quality of raw materials in the production of its products. Thanks to the careful selection of raw materials, the maintenance of best production methods and the use of modern technologies, truly high-quality beers leave the gates of our breweries.

Production begins in the brewery

The ground malt is first mixed with heated water in a mash tun – this process is referred to as mashing-in.

In a mash tun, the mixture is gradually heated to technologically important temperatures, at which starch, proteins and other complex substances are broken down into simpler substances. This stage of production is called mashing.

The finished product is strained through the bottom of the mash tun, creating fresh mash. Then, it is brewed with hops, which gives the beer a typical hop aroma. By cooking the fresh mash with hops, we get wort.

During the conditioning period, carbon dioxide is bound and the flavor and aroma become rounded.

Beer to be bottled is then ridden of yeast on a filtering device and finally pumped to the bottling plant, where it is filled into stainless steel kegs, bottles or cans.

Sustainability is one of HEINEKEN's core values. Our long-term goal is to become the most responsible beer producer in the near future. That is why we brew, sell and promote beer responsibly so that its impact on society and nature is sustainable and positive in the long run. All these activities are united by the "Brewing a Better World" project, which was activated worldwide and in the Czech Republic in 2010. Its main priorities are:

We celebrate our success thanks to you!

HEINEKEN and its breweries have been awarded dozens of awards for beer quality, environmental protection and corporate culture. Thank you for being with us.

For the HEINEKEN concept of sustainable production, we received the TOP Responsible Company 2015 award.

We appreciate the award for our approach to environmental protection throughout the entire production process.

An award awarded to large companies for a responsible business concept. 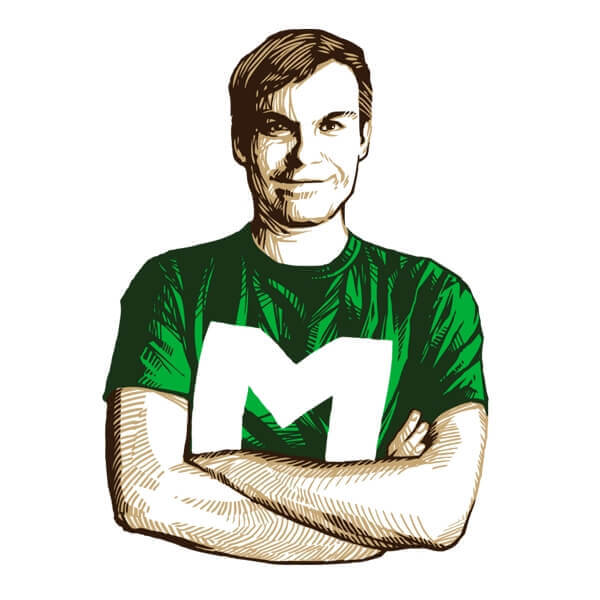 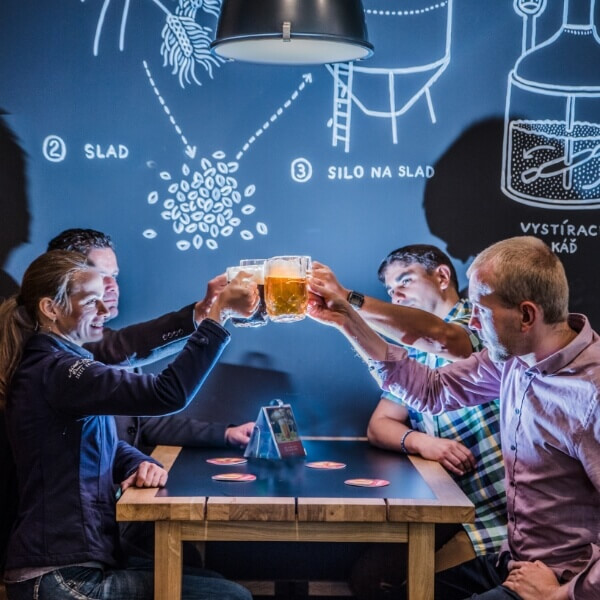